For भविष्य National STEAM Camp 2075, we had a total of sixteen teams of students aged 10-15 years from all over Nepal! Last year when we had organized भविष्य, we had aimed to expand this throughout the whole country. Last year, we had participants from the schools in Kathmandu valley and also from the neighboring district of Sindhupalchowk.

This year, Karkhana organized भविष्य National STEAM Camp in collaboration with U.S. Embassy Nepal.  We invited one team (consisting of 3 students and a supervisor) each from all eight American Corners in Nepal. The other eight teams were from BeeCreative’s partner schools inside the valley.

The camp ran for two days through September 27-28, 2018. During the camp, students built a prototype to solve problems based on United Nations Sustainable development goals. And students showcased their prototypes during Karkhana Mela, on September 29th.
During this camp a session “Challenges inside Classroom” related to classroom management was also conducted for supervisors by our BeeCreative teachers!

In the camp, the participating teams from different regions of Nepal made different project within a 4 hour time frame. Teams were given challenge involving Science, Technology, Engineering, Arts & Design and Mathematics (STEAM) subjects where students work in teams to build a project/working prototype that was focused towards solving the problems existing within their local communities. The problems addressed the Sustainable Development Goals defined by United Nations.

It was a fun two days camp for us and also the participants! 🙂

We will give you more updates in the blog to follow! ^_^ 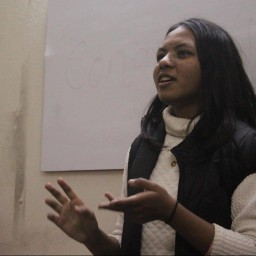